Montreal, 19 May 2020 – Airports Council International (ACI) World has today revealed its preliminary world airport traffic rankings covering passenger traffic, cargo volumes, and aircraft movements for 2019 combined with a glimpse of 2020 data which shows the dramatic impact of COVID-19 on airports in the first quarter.

Passenger traffic at the world’s top 20 busiest airports grew by 1.7% in 2019. With more than 1.5 billion passengers passing through their terminals, this group of 20 represented 17% of global passenger traffic.

The ongoing COVID-19 crisis, however, has brought airports around the world to a virtual standstill, resulting in airport traffic and revenue losses across all regions. ACI World now estimates a reduction of more than 4.6 billion passengers and more than US$97 billion in revenue for 2020.

The combined 2019 and 2020 data shows the dramatic decline in air travel in the first quarter of 2020. In the top five, Beijing Airport notably experienced a -62.6% decline in passenger traffic but large decreases were also recorded across other top 20 airports in Asia-Pacific as the COVID-19 outbreak began to take hold in that region.

“ACI data shows that the outbreak of COVID-19 had a dramatic and immediate impact on the world’s airports and the wider aviation ecosystem,” ACI World Director General Angela Gittens said. “From a period of sustained passenger traffic growth in 2019, the industry is now in survival mode, crippled by the loss of passenger traffic and revenues.

“This year will pose major and unprecedented challenges for the industry as the impacts of travel restrictions and lockdown measures introduced in response to the pandemic remain an existential threat to the aviation industry unless governments can provide appropriate relief and assistance.

“Airports are critical in the air transport ecosystem which is a key driver of local, regional and national economies. Financial relief and assistance is urgently needed.”

As for cargo, against a global economic backdrop that remained quite challenging, air cargo volume experienced a decline of -3.9% at the world’s top 20 airports as they handled a combined 48 million metric tons of cargo. Hong Kong Airport remains the largest air cargo hub, handling 4.8 million metric tons of cargo in 2019, but it experienced a decline in volume of -6.1% compared to 2018. Memphis Airport was in second place and Shanghai Airport came in third.

All three experienced considerable declines in the first quarter of 2020 while Louisville Airport and Incheon recorded growth in cargo during the first stages of the COVID-19 outbreak.

Aircraft movements grew by +1.5% in 2019 for the top 20 airports. Chicago O’Hare remained the busiest airport in the world for aircraft movements, with Atlanta-Hartsfield-Jackson Airport coming in a close second. Both saw movements decrease in the first quarter of 2020. 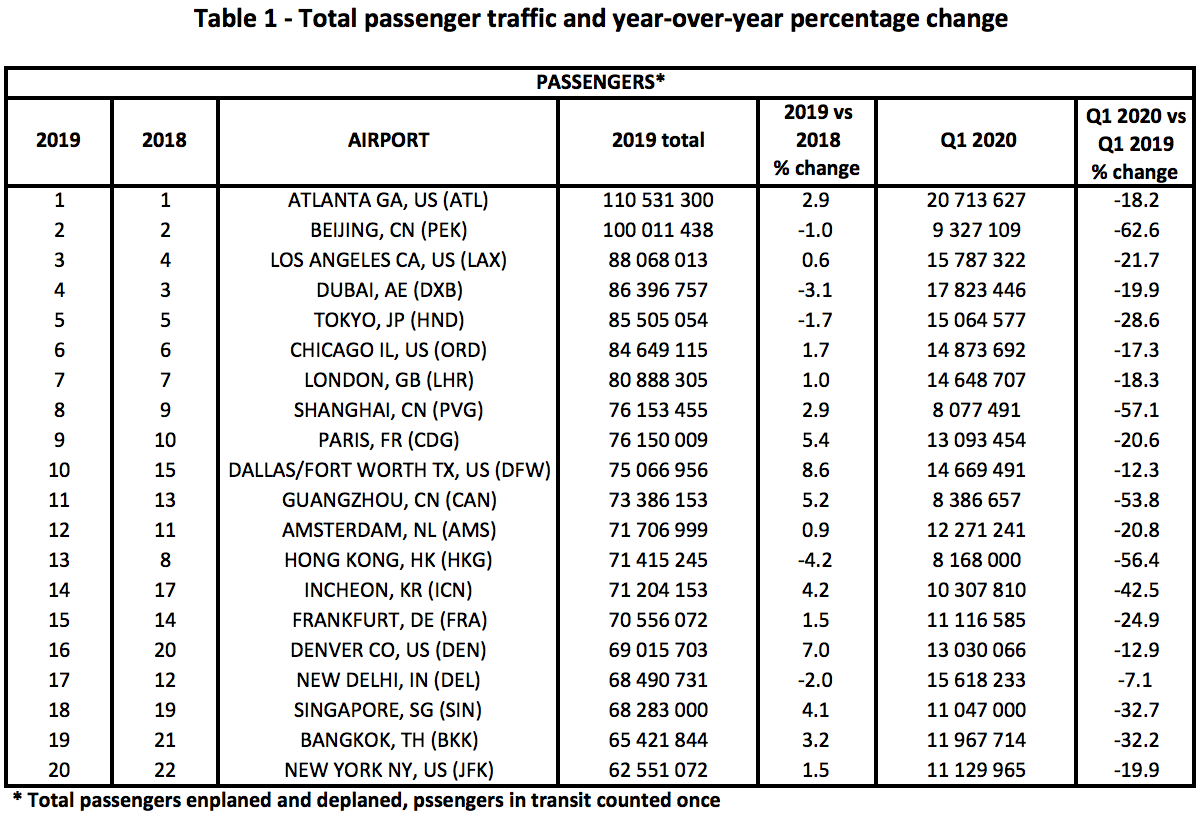 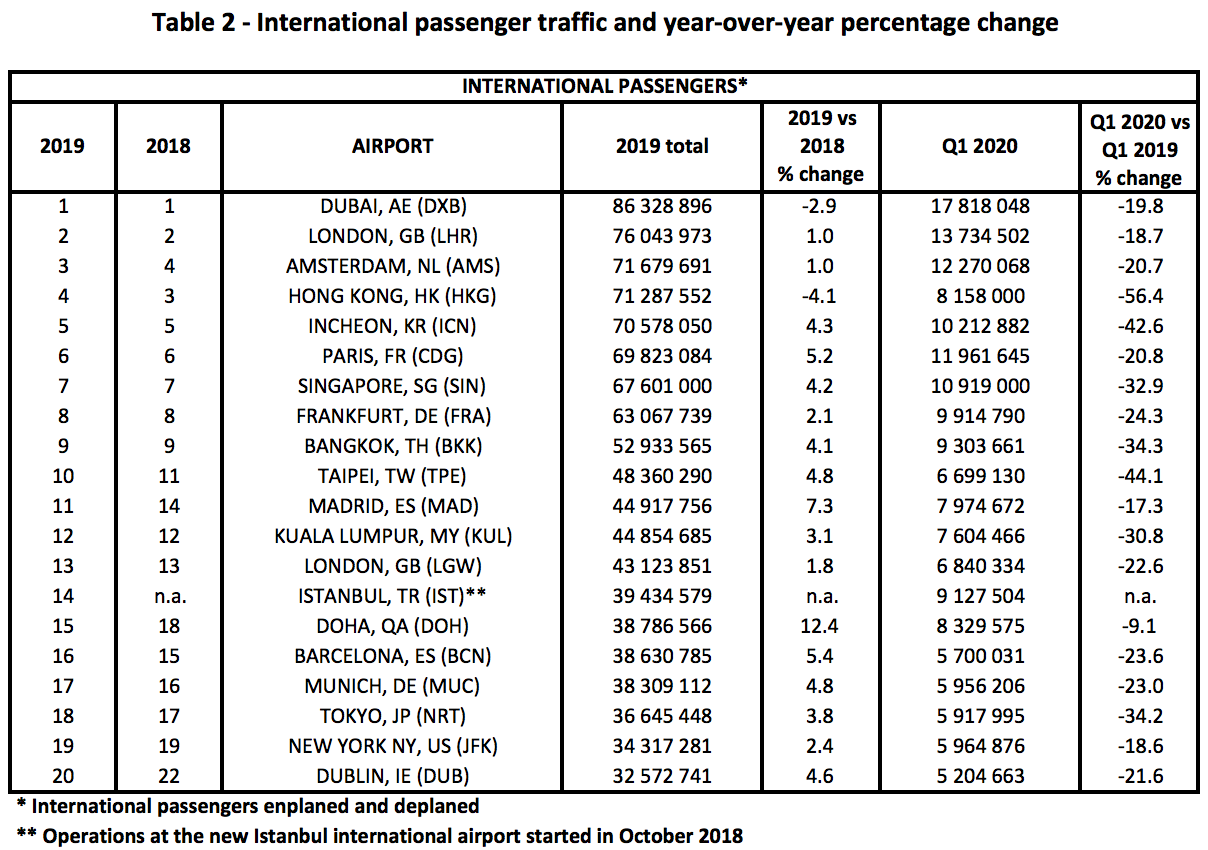 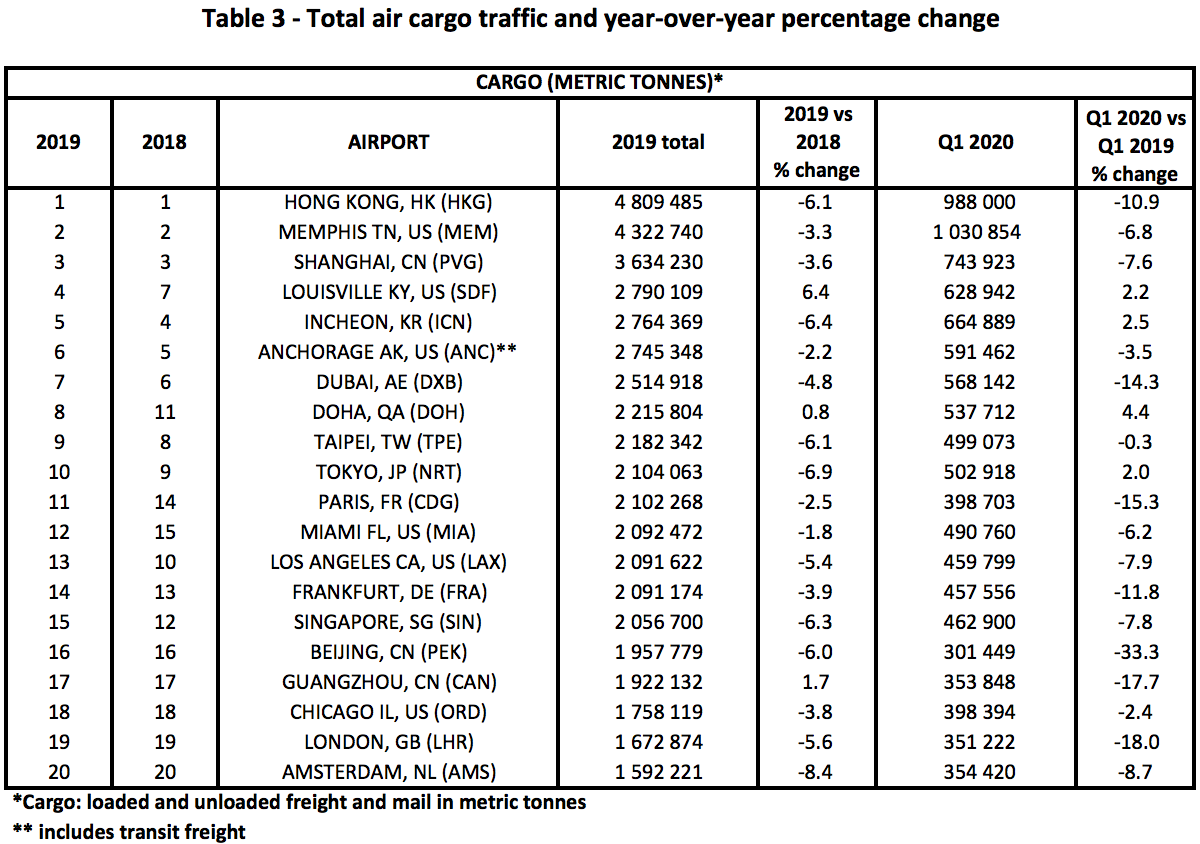 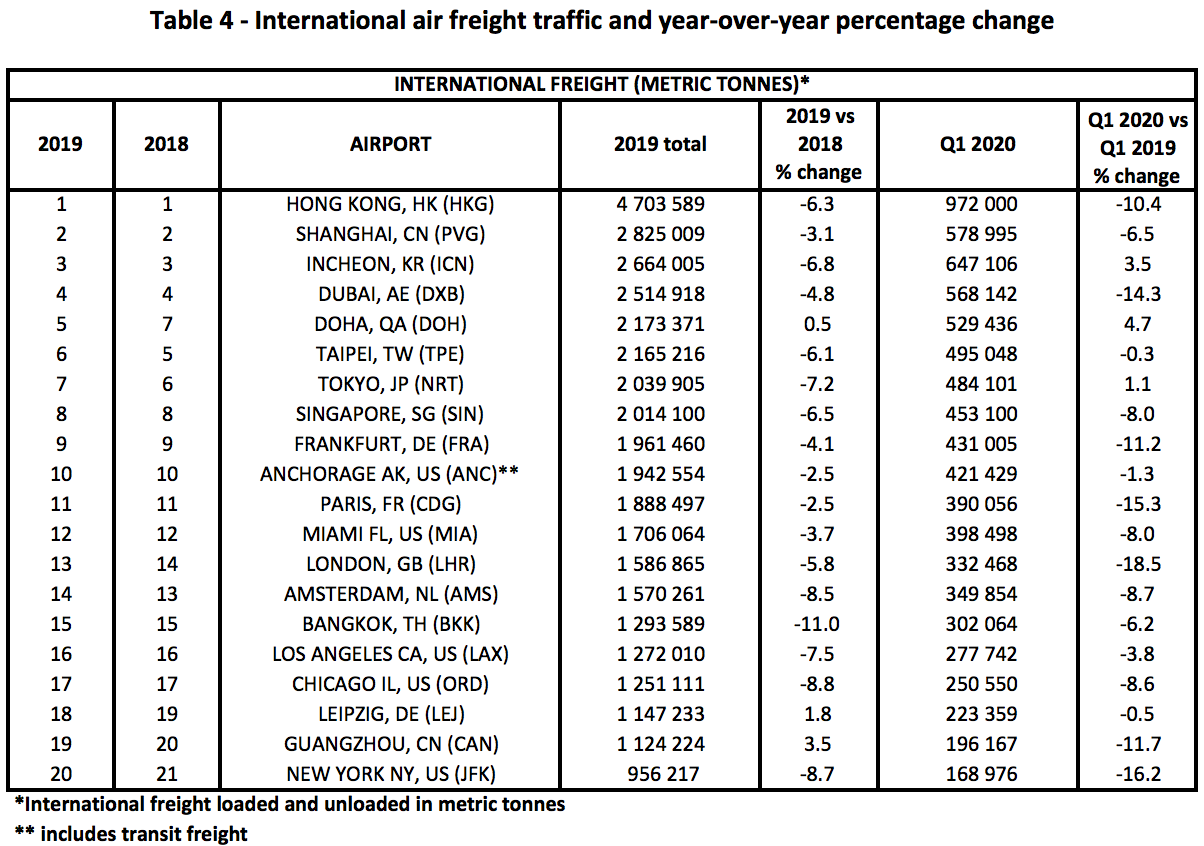 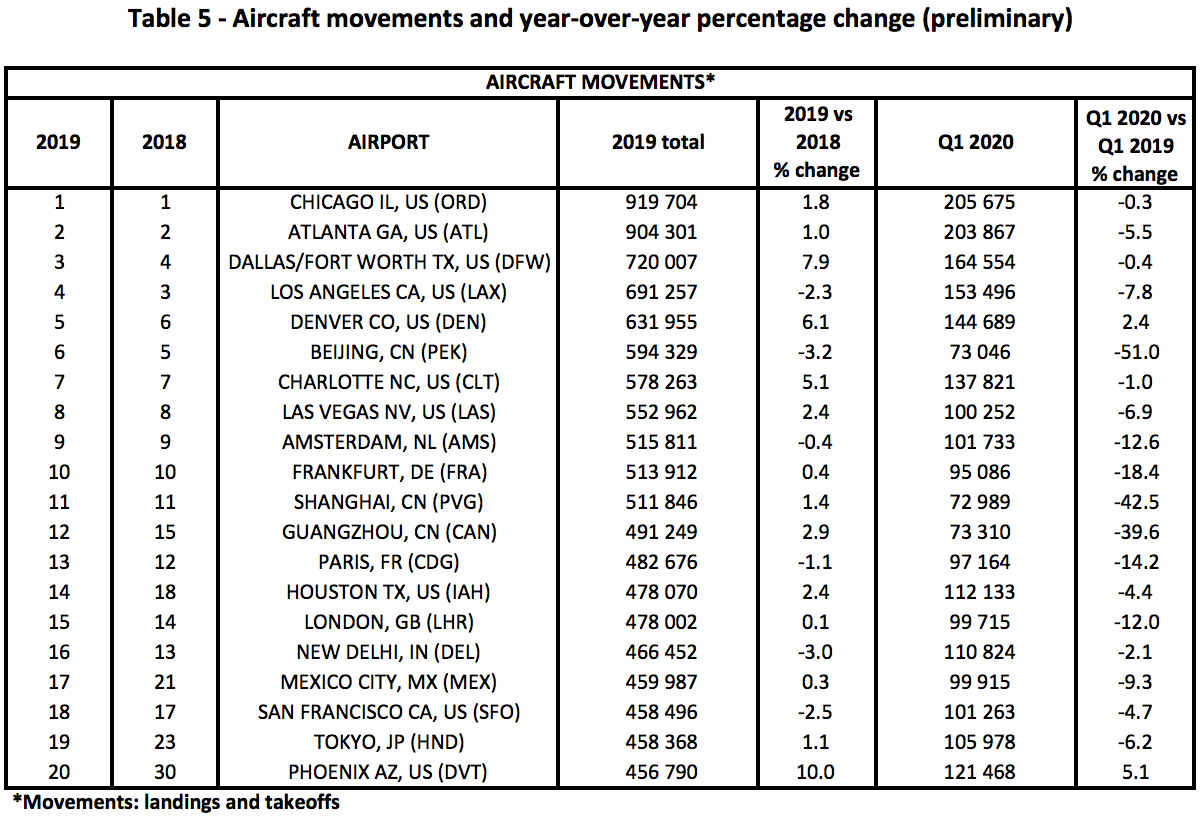