“The World Airport Traffic Report shows that, even as smaller airports around the world continue to make strong gains, the largest hub airports continue to grow,” ACI World Director General Angela Gittens said. “There were 16 airports handling more than 40 million passengers per annum in 2008 and there are now 54.

“Collectively, these airports achieved a year-over-year passenger traffic growth of +5.1% in 2018 which is significant considering a large proportion of these airports are in the mature and capacity constrained markets of North America and Europe.”

“India’s move towards a more liberalized aviation market and the nation’s strengthening economic fundamentals have helped it become one of the fastest-growing markets with its traffic growing rapidly in a relatively short time,” Gittens said.

“Major Russian airports also experienced significant gains in traffic following on from difficult economic times in 2015 and 2016 and they also received a boost in traffic numbers as a result of the FIFA World Cup.”

Rockford, an expansive air cargo hub in the United States, was the fastest-growing airport in 2018 for airports that handled more than 250,000 metric tonnes of air cargo. Positioning itself as an e-commerce freight hub for online retail giant Amazon, the airport’s traffic grew +56.6% in 2018.

The full list of top airports for passenger traffic, cargo, and aircraft movements is as follows: 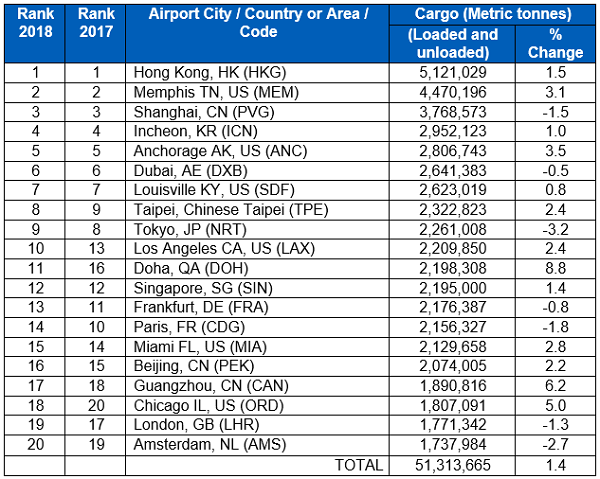 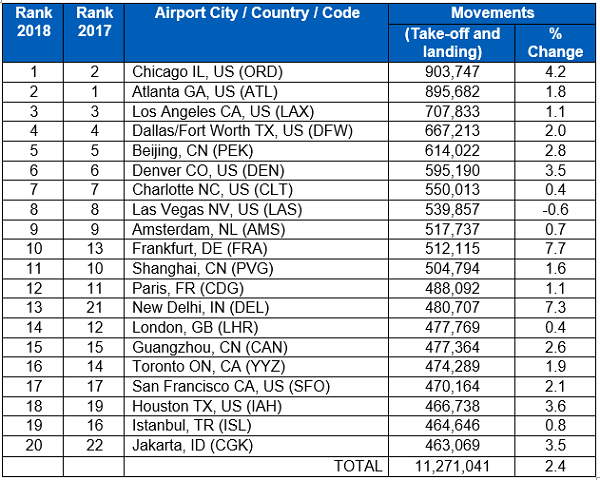