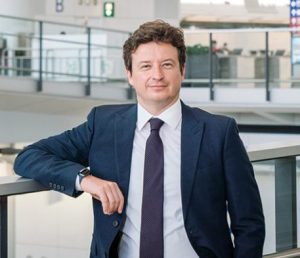 Mr. Stefano Baronci is the Director General of Airports Council International (ACI) Asia-Pacific, an association representing the interests of airports in Asia Pacific and the Middle East. Appointed in December 2019, Mr. Baronci is responsible for driving and executing the strategic plan of the association and overseeing a team of professionals at the Regional Office based in Hong Kong.

Mr. Baronci has 22 years of analytic and representational experience at national and international levels in the aviation sector, representing both airport and airline industries. He is very familiar with the ACI community, having previously served as the Director of Economics at ACI World in Montreal and Senior Policy Manager at ACI Europe in Brussels. He has also served as Secretary General of Assaeroporti, the Italian airport operators association, and Assistant Director and ATM Infrastructure Expert at the International Air Transport Association (IATA).

Mr. Baronci, a native of Italy, holds an Executive MBA from Warwick University in the United Kingdom and graduated with a Law degree from La Sapienza University in Rome, Italy. He is married with two children.