Montreal, 1 May 2020 – Airports Council International (ACI) World reports that global passenger traffic declined by -10.7% in February, down from a figure of +1.9% in January, driven by the impact of the COVID-19 outbreak in the Asia-Pacific region.

The 12-month passenger traffic rolling average for the global industry stood at +1.8% by month’s end, with dramatic falls forecasted to come in the analysis for the coming months. At this point, the crisis’s impact on global traffic was still predominantly driven by Asia-Pacific, but the data for March, currently being gathered and to be published next month, will show a more widespread global effect.

The crisis’s impact on figures for the freight industry were not yet as significant, with global volumes declining by -0.5% on a year-over-year basis. The global 12-month rolling average stood at -2.7% by the of February. With what is now known, there appears no likelihood of a rebound in the next months.

“The coming year will pose major challenges for the industry, as travel restrictions and lockdown measures continue to impact the industry. Since we can expect that a global recession will take hold,  it is now likely that the impacts of COVID-19 may be felt well into 2021,” ACI World Director General Angela Gittens said.

“In February, only data from Asia-Pacific, where the epidemic originally occurred, was showing a major effect on global traffic. We know we will see declines in other regions once March data becomes available, as this is when most of the travel restrictions and national lockdowns started.

“Though global freight volumes should not be affected to the same extent as passenger traffic in the coming months, the freight industry should still face major challenges.

“The global recession that is starting to take hold due to the crisis will likely create a major demand shock and the current disruptions in supply chains, as well as declines in airline capacity, are likely to also impact the industry negatively.

“The impact of the crisis is unlike anything the industry has ever experienced and requires urgent action by governments to assist the aviation industry to protect jobs and essential operations, and to lay the foundation for a balanced and sustained recovery.

“Measures, such as direct financial assistance and tax relief to benefit the entire aviation ecosystem, are needed urgently.”

The global international and domestic markets performed similarly in February, falling by -10.6% and -10.2% respectively. The 12-month rolling averages remained more mixed, with the international segment still ahead at +2.8%, versus +1% for the domestic segment. Travel restrictions and lockdowns on international flights will continue to put pressure on the international market. Local shifts to other forms of transport due to the ongoing health crisis could also depress domestic flights in some regions.

Among major regional markets, North America posted the highest traffic growth rate in February, at +5.2% on a year-over-year basis. Action towards the ongoing crisis in the United States differed from many other major national markets and its passenger traffic trends remained mostly unaffected during the month. Europe gained +1.1% during the same period, while Asia-Pacific declined by -38.4%.

At the regional level, the decline posted in February was mostly driven by North America (-1.6%) and Asia-Pacific (-1.3%). Europe, though having posted declining figures in January, remained above zero (+0.3%) during the month. These major regional markets’ 12-month rolling averages were all in the negative already, at -1.1%, -4.3% and -2.2% respectively. The Middle East gained +4.5% during the month. Africa grew by +1% while Latin America-Caribbean remained steady. 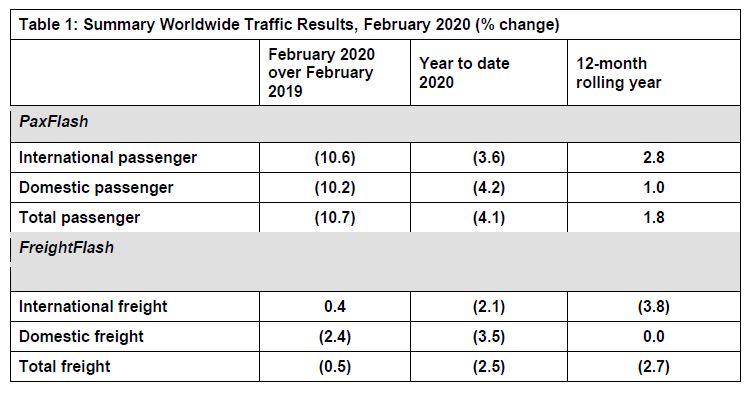 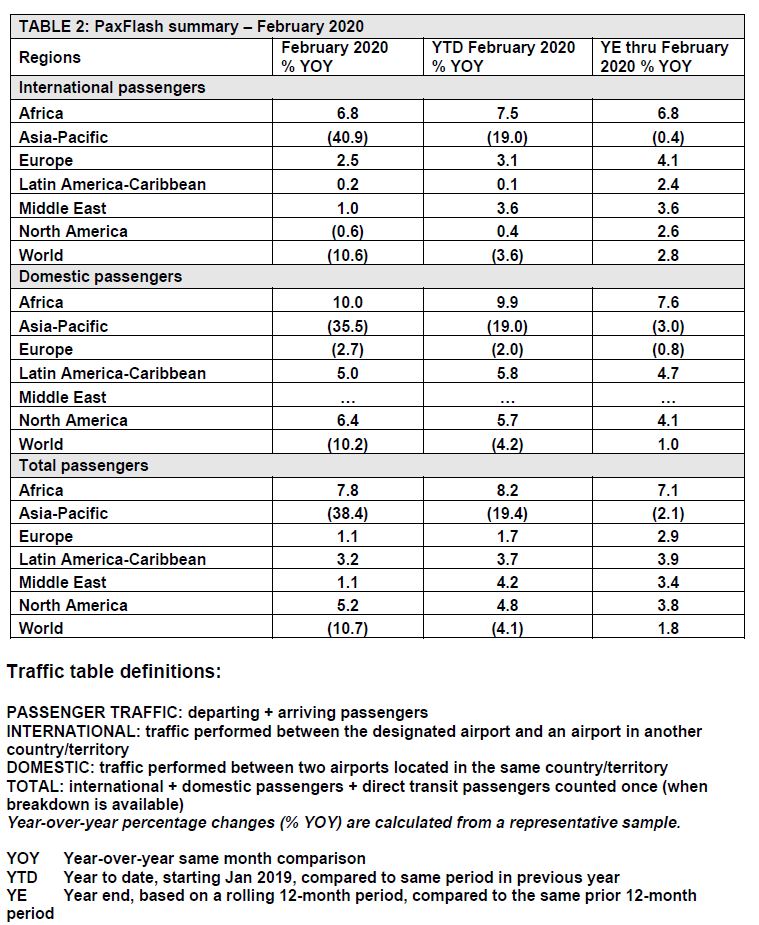 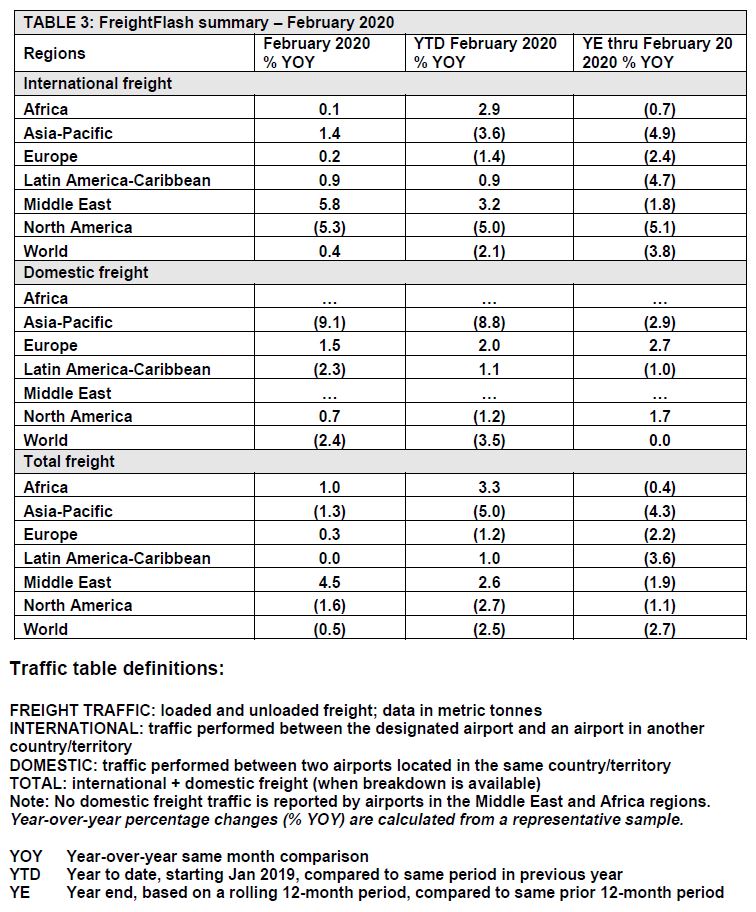