Global passenger traffic grew by just +1.9% in January 2020, down from +4.9% a month prior. The industry’s 12-month rolling average reached +2.9%, temporarily propped up by the middling growth observed in 2019.

The Asia-Pacific region was already showing the impacts of the COVID-19 crisis in January, declining by -1.8% due to a significant shift in domestic traffic (-3.6%).

Results for the freight industry showed a decline by -4.4% for the month as compared to January 2019. Preliminary figures for 2019 show a decline of -2.5% for the year. We can expect that the disruptions in supply chains and the shock to the global economy precipitated by the reactions to the COVID-19 pandemic, will cause an even greater decline in. The market’s 12-month rolling average stood at -3% in January, with an unprecedented and difficult period ahead.

“These figures show that the impact of the COVID-19 outbreak on aviation was rapid, especially in the Asia-Pacific region,” ACI World Director General Angela Gittens said.

“The aviation industry is facing unprecedented upheaval due to the COVID-19 pandemic and the situation calls for an exceptional policy response to ensure the continuity and sustainability of airport operations.

“Airport operators are prioritising the health of passengers and staff first and foremost and, while it is hoped that the global health crisis will recede well before the year ends, it is possible that the economic impact could persist into 2021.

“The financial cost to the global industry in 2020 is rapidly growing. This is a fast-moving and ever-changing crisis and governments must act decisively and quickly.

“ACI World urges the aviation industry and Governments to come together to ensure the impact is borne equitably and solutions are fair and reasonable so as to provide the greatest impetus for a swift and balanced recovery.”ACI collects and analyses data from a significant sample of airports that provide regular reports on month-by-month passenger and air freight statistics; this forms part of the world’s most comprehensive source for airport data.

Total international passenger traffic continued to increase moderately in January, reaching +2.7%, against a 12-month rolling average of +3.8%. Domestic traffic, particularly affected by the downturn in Asia-Pacific (-3.6%) and Europe (-1.5%) but supported by North America’s strong domestic market (+4.8%), only gained +1.3% against 2019’s results. This was against a 12-month rolling average of +2.3%.

Of the major regional markets, North America performed the best in January, gaining +4.1% on the strength of its domestic segment (+4.8%). Europe, despite suffering a downtrend in domestic traffic, posted +2.2%. Asia-Pacific was already showing the impacts of the COVID-19 crisis during the period, declining by -1.8% due to a significant shift in domestic traffic (-3.6%). Up to January, passenger traffic in the Middle East had yet to show the impacts of the global health crisis. The region posted +7.7% which was above its 12-month rolling average. The downtrend should start showing in the Middle East in February.

The 12-month rolling averages followed the same general pattern in other regions, with North America at +3.5%, Europe at +3.1%, and Asia-Pacific at +1.7%.

Passenger traffic in Africa posted +8.4% which was above its 12-month rolling average. Gains could continue in Africa until March’s figures are posted.

Despite a fairly strong performance in its domestic segment (+5.4%), Latin America-Caribbean was dragged down by a slowing international market – the only negative international market results up to this point. The region posted, +3% for the month of January, down from its 12-month rolling average of +3.7%.

Both domestic and international segments performed similarly in January, declining by -4.4% and -4.5% respectively. This was in line with the international market’s -4.4% 12-month rolling average but represented a significant shift for the domestic market, which now stands at +0.1%.

The main driver of that shift was the downtrends both in Asia-Pacific (-9.3%) and North America (-2.4%), which represent the vast majority of global the domestic freight market. Total volumes in the two regions declined by -8.1% and -3.5% respectively in January, both below their 12-month rolling averages (-3% and -1.6%). The Middle East remained in the positive in January, at + +0.5% with a 12-month rolling average of -2.5%. 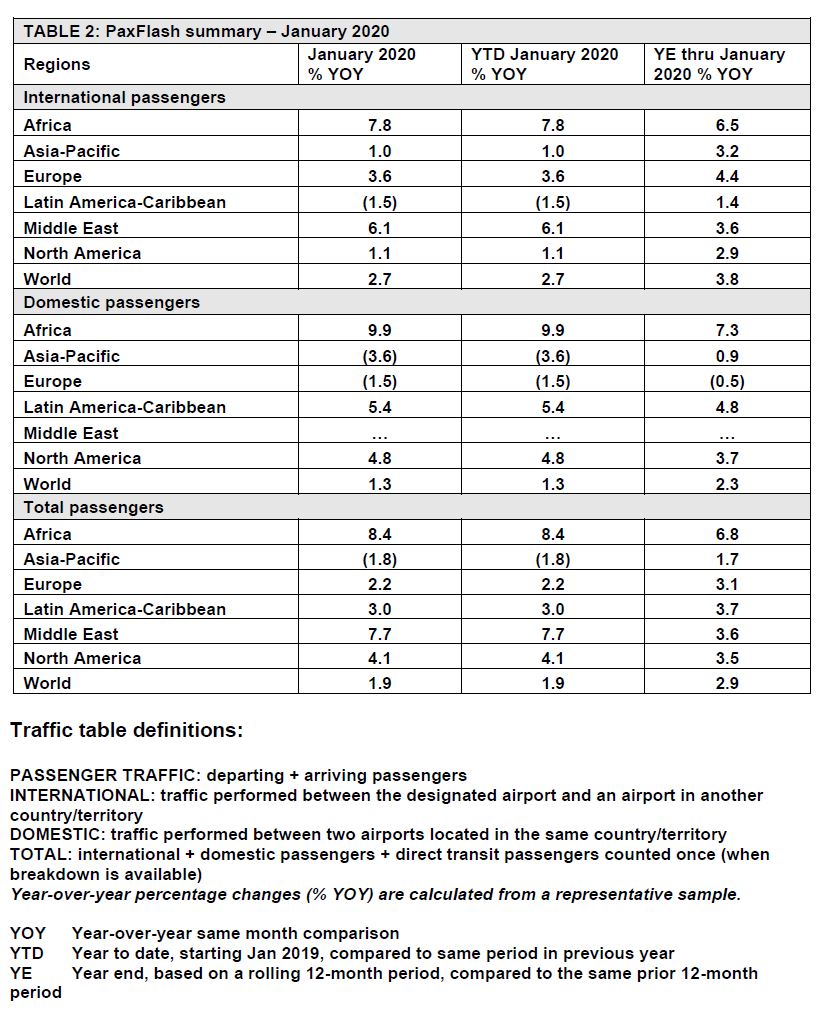 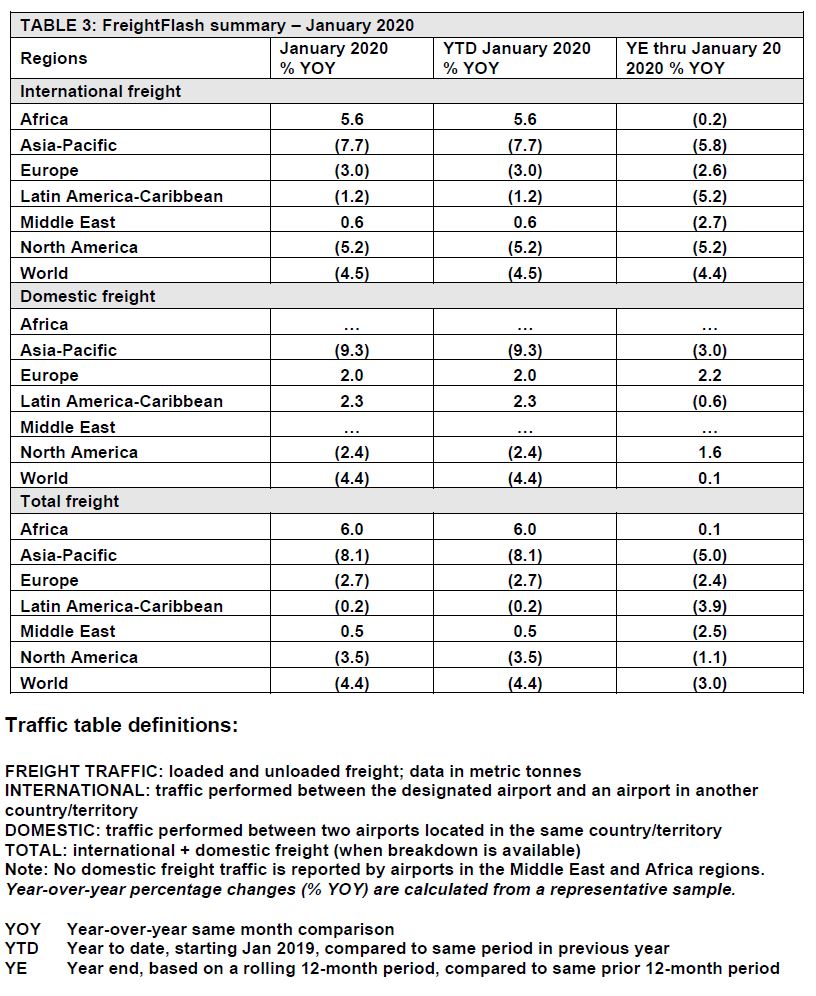