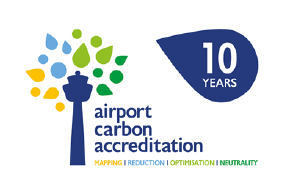 Initially launched in Europe in 2009, the independent annual certification programme has since gone on to become the global standard for airport operators seeking to address their carbon footprint.

Niclas Svenningsen, who heads the Climate Neutral Now initiative at the United Nations Framework Convention on Climate Change (UNFCCC) Secretariat in Bonn, Germany commented “In terms of pure scale, Climate change is a daunting challenge – people’s reactions range from intense anxiety to jaded cynicism. The best response is to try to do something about it – starting by taking responsibility for what you control, for what you deal with. For this reason, I congratulate ACI on a decade of Airport Carbon Accreditation. It is an inspiring example of an industry that proactively sought to make a positive change – and now with 264 airports on board – it is succeeding in doing that. I invite people to find out more about their local airport’s involvement and ambitions – mobility is a fundamental part of life, so let’s try to make it as efficient & ecological as possible.” 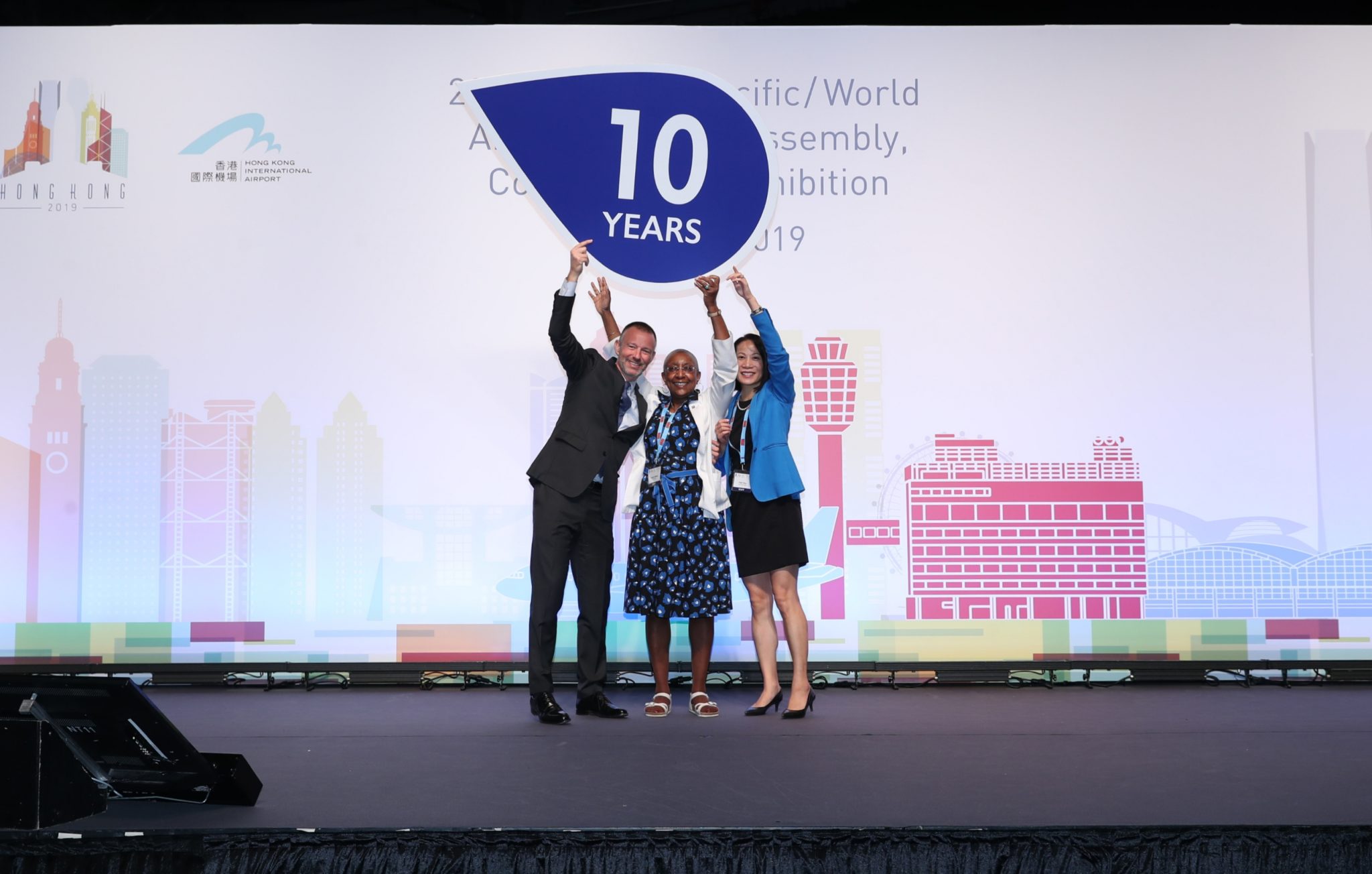 Angela Gittens, Director General of ACI World said “The global airport industry is committed to reducing its carbon emissions and, in 2009, the Airport Carbon Accreditation programme was launched in Europe to empower airport operators with a detailed, multi-step path to carbon neutrality. We are delighted that the programme quickly gathered global momentum which is a reflection of how airport operators think local and global. Running an airport is a complex business and airport operators are one piece of this puzzle with many stakeholders on the airport site. Working relationships need to be fostered and maintained and airport operators are addressing their direct carbon emissions, but also engaging partners to address theirs.” 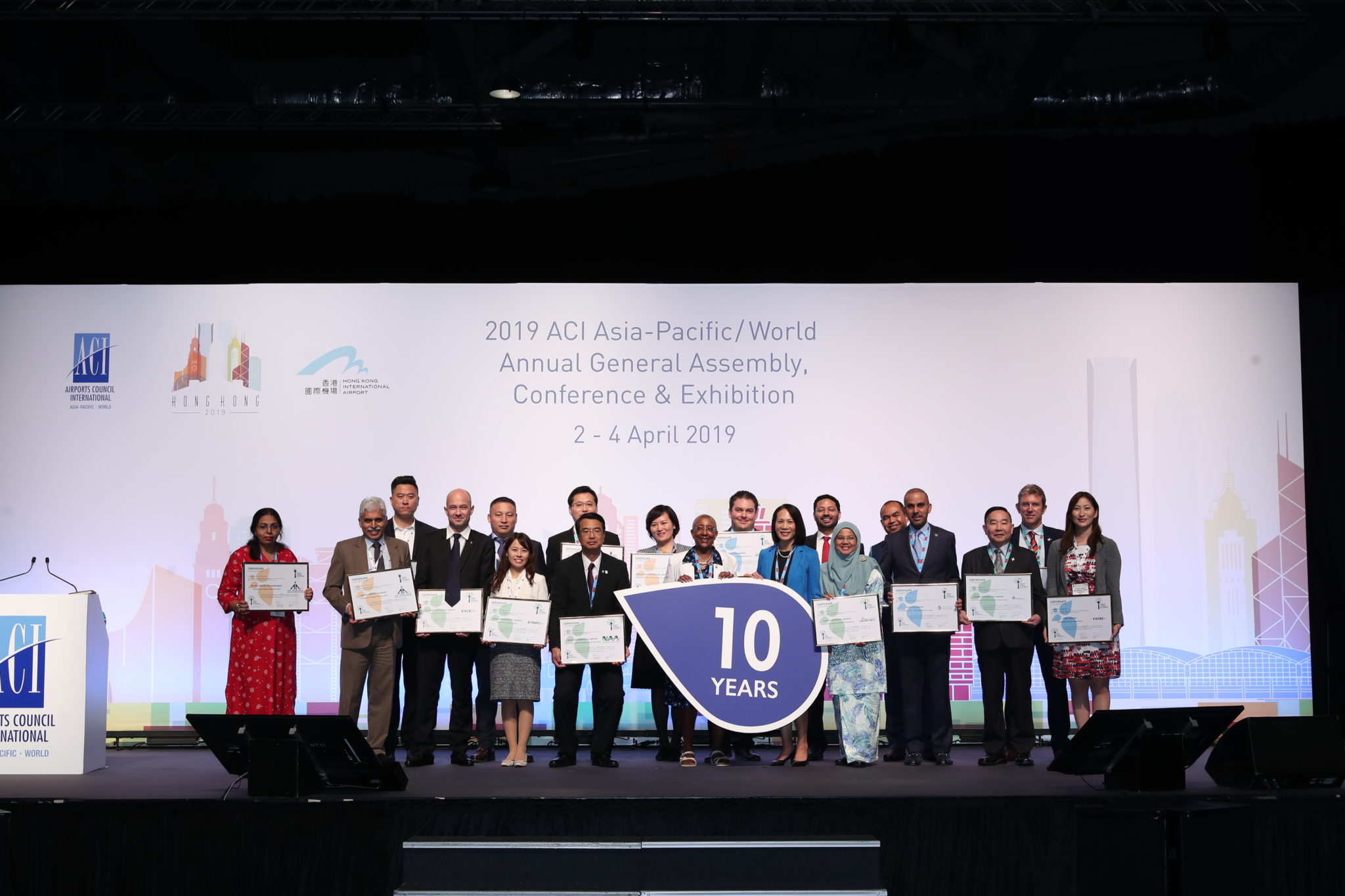 With 4 different levels of accreditation covering all stages of carbon management (Mapping, Reduction, Optimisation and Neutrality), Airport Carbon Accreditation is independently administered, institutionally-endorsed¹ and has the support of the United Nations Framework Convention on Climate Change (UNFCCC), the International Civil Aviation Organisation (ICAO), US Federal Aviation Administration and the European Commission (EC).

To reduce their carbon emissions, airport operators need to consider the full extent of the emissions sources under their direct control. Investment in more energy efficient lighting, heating, switching to hybrid or electric ground vehicles, onsite renewables, energy management tools and employee behavioural change all have a part to play. The possibilities become even more diverse when airport operators engage other stakeholders on the airport site as well (Levels 3 and 3+ of the programme), with initiatives such as Airport-Collaborative Decision-Making (A-CDM), support to Continuous Descent Operations and Time-Based Separation lowering airline-associated carbon emissions and better intermodal access through electric or hybrid taxis offering passengers cleaner transport solutions to/from the airport.

For all the latest key figures, including details of the accredited airports in each world region, their actions and the difference the programme is making, check out the interactive maps, case studies & programme results on www.AirportCO2.org. The global carbon reduction achieved during Year 10 (June 2018 to May 2019) will be announced in the autumn.

The IPCC (Intergovernmental Panel on Climate Change) has estimated that aviation’s total CO2 emissions account for 2% of global emissions’ impact on climate change. Of that figure, airports’ own operations only account for up to 5%, but airports are keen to tackle their greenhouse gas emissions – several individual airports operators having already committed to becoming carbon neutral in the past few years with some having already achieved this.

¹The programme is administered by leading consultancy WSP. It accredits the airports under the programme, provides administrative and secretariat services and advises applicant airports through the accreditation process.

WSP is one of the world’s leading engineering professional services firms. WSP are technical experts and strategic advisors, and provide services to transform the built environment and restore the natural one, in areas including environmental and climate remediation, urban and transport planning, sustainable transport networks and strategies, airport sustainability, carbon management and energy planning and management.