Montreal, 4 April 2016 – Based on reports from 1,144 airports worldwide, ACI’s preliminary passenger traffic results for the most-travelled airports in 2015 reveal that the top spot continues to belong to Atlanta-Hartsfield-Jackson (ATL). Growing by 5.5% year over year in passenger traffic to the record-breaking total of over 100 million passengers in 2015, Atlanta has benefitted tremendously from its strategic location as a major connecting hub and port of entry into North America. The airport is within a two-hour flight of 80% of the United States population.

Atlanta also owes its strides in throughput to its major operator, Delta Air Lines. Coupled with efficiency gains in the deployment of its aircraft fleet, the airline has continued to make inroads into the American domestic market. While Beijing (PEK) was poised to close the gap on ATL by 2015, it no longer benefits from the double-digit growth it enjoyed in previous years, and as such remains in second position. The combination of a Chinese slowdown and capacity constraints has meant lower growth levels at the airport. PEK grew by 4.4% in total passenger traffic. At the same time, Shanghai (PVG), the second-largest airport for throughput in China, grew by 16.3% in 2015. With an added runway and increased slot capacity, PVG was the fastest growing airport among the world’s top 20.

Moving from the sixth busiest airport in 2014 to the third position in 2015 is Dubai (DXB). Total passenger traffic at the airport grew by 10.7% in 2015. The airport is also the world’s busiest  in terms of international passengers ahead of London-Heathrow (LHR). Dubai has become the fulcrum that connects long-haul international flights from east and west, north and south. Chicago O’Hare (ORD) moved up to become the fourth-ranked airport in 2015 from seventh position in 2014, with growth last year of 9.8%. After years of congestion, the airport is reaping the benefits of runway expansions and other capacity developments.

The world’s largest air cargo hub continues to be Hong Kong (HKG, +0.4%). Memphis (MEM, +0.8%) is in the second spot followed by PVG (+2.9%). Despite apparent pockets of weakness in the air cargo markets, ORD experienced robust growth of 15.6% in 2015. With recently expanded air cargo facilities, the airport maintains its status as a major nexus for global trade and a link to the multimodal transfer of goods across the continent. Doha (DOH), a major Middle Eastern airport and one of the fastest growing airports in the world, entered the top 20 given a jump of 46% in air cargo volumes in 2015.

“It’s impressive to witness the dynamic character of the aviation industry and its evolution over time,” said Angela Gittens, Director General, ACI World. “In certain markets, we see both airlines and airport operators expanding and optimizing their capacity in order to accommodate the growing demand for air transport. Thus, even in the most mature markets such as the United States and parts of Western Europe, several of the major hubs experienced year-over-year growth rates in passenger traffic that were well above the historical growth levels for these regions. On the other hand, we continue to observe double-digit growth rates at major Middle Eastern and Asian hubs serving long haul routes in emerging markets. With the continued rise in per-capita income and liberalization of air transport across these markets, the propensity to travel by air will rise accordingly. However, airport capacity considerations on the supply side within major city markets will remain paramount to the issue of accommodating the surge in demand for air travel.” 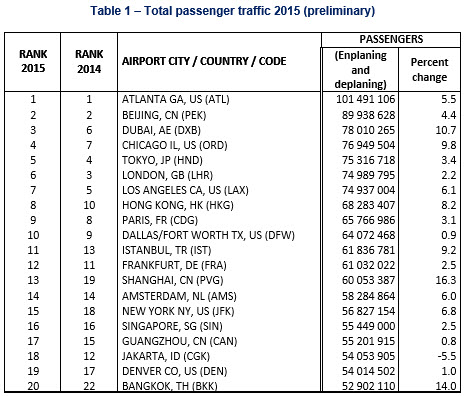 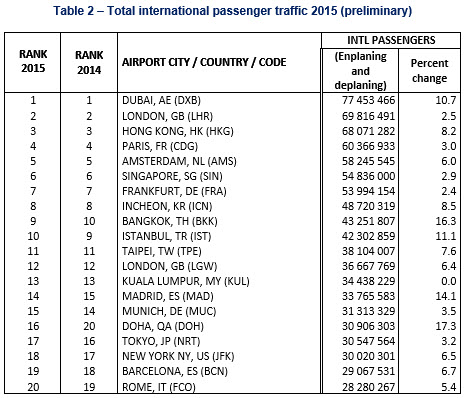 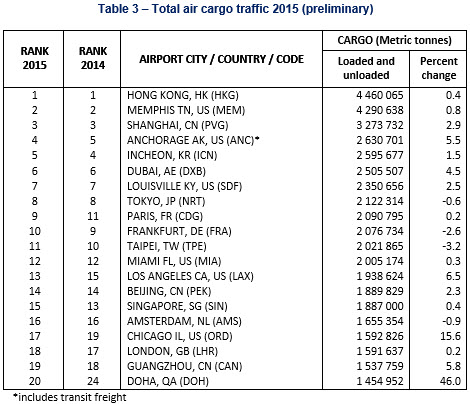 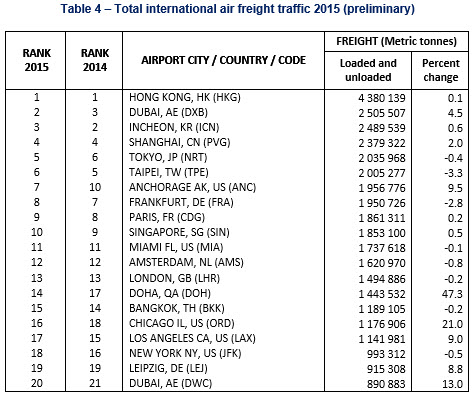 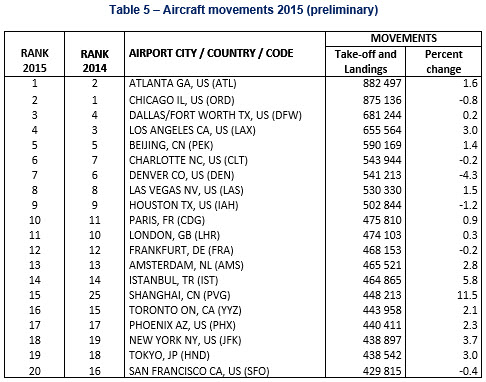 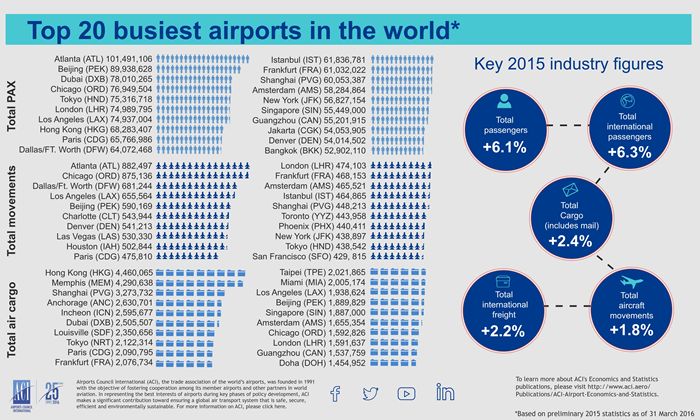 1.  Airports Council International (ACI), the only worldwide association of airports, has 592 member airport authorities, which operate 1,853 airports in 173 countries. ACI’s mission is to promote professional excellence in airport management and operations, and this mandate is carried out through the organization’s multiple training opportunities, as well as the customer service benchmarking programme, a wide range of conferences, industry statistical products and best practice publications.

2. Please note that all figures and percentages are extrapolations based on summed monthly data submissions by the world’s major commercial airports (1,144 airports). The final confirmed report will be published in summer 2015 and will include 1,900+ airports; therefore figures are subject to variation.