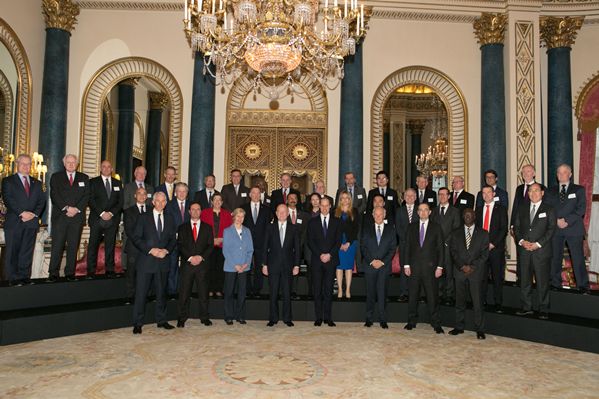 Montreal, 15 March 2016 – Airports Council International (ACI), along with over 30 other signatories, today underscored its commitment to combat wildlife trafficking by signing the United for Wildlife Transport Taskforce Buckingham Palace Declaration. The Declaration makes a commitment to support the private sector in fighting and shutting down the illegal wildlife trade.

The landmark agreement sets out real steps to close the routes exploited by traffickers of the illegal wildlife trade as they move their products from killing field to marketplace. It focuses on breaking the link between the rapidly escalating poaching crisis in places like Africa and the demand for these illegal wildlife products elsewhere around the world.

In all, the declaration contains 11 commitments across categories that include actions aimed at tackling the illegal wildlife trade (zero tolerance policies, raising awareness, promoting the declaration across the transport sector); information sharing (developing mechanisms to facilitate the timely sharing of information, enhancing data systems to help identify potential shipments of suspected illegal wildlife and associated products, identifying and promoting reporting systems, training staff to identify and report suspected illegal wildlife trade); practical measures to stop the transportation of illegal wildlife products (developing a harmonized system for passing information to customs and law enforcement, notifying law enforcement of suspicious cargo, establishing a cross-disciplinary team to develop best practices); and new mechanisms (supporting the development of new technologies and processes that can aid in the detection and prevention of trade in illegal wildlife and associated products).

“This is an important moment for United for Wildlife, and for the air and maritime transport industries,” said Angela Gittens, Director General, ACI World. “After a year of hard work and negotiations, industry leaders have today spoken with one voice to condemn illegal wildlife trafficking.

“This declaration will help raise standards across the board, and support measures to detect and dissuade traffickers looking to exploit the system,” she continued. “I extend my thanks to The Duke of Cambridge and Lord Hague for being the driving force behind this agreement. For ACI’s part, we pledge to do our utmost to help in the fight to stop illegal wildlife trafficking—a practice which harms not only animals, many of them on the brink of extinction, but also communities through the associated violence and corruption that often goes hand in hand with this activity.”

1. Airports Council International, the trade association of the world’s airports, was founded in 1991 with the objective of fostering cooperation among its member airports and other partners in world aviation, including the International Civil Aviation Organization, the International Air Transport Association and the Civil Air Navigation Services Organisation. In representing the best interests of airports during key phases of policy development, ACI makes a significant contribution toward ensuring a global air transport system that is safe, secure, efficient and environmentally sustainable. To learn more about ACI, please click here.