Passenger traffic grows by over 6% during first three quarters of 2015; air freight volumes inch up by over 1% in September

Montréal, 10 November 2015 – On a year-to-date basis to September, global passenger traffic has risen by 6.2% compared to the same period last year at the world’s major airports. For the month of September alone, passenger traffic increased by 6.5% year over year. International and domestic traffic posted growth rates of 6.3% and 6.9% respectively for the same month. In an environment of lower fares and weak oil prices, global air travel continues to record robust year-over-year growth above the three-year growth trend.

Middle Eastern airports reported the greatest increase in passenger traffic with double-digit gains of 15.7%. Doha (DOH) and Abu Dhabi (AUH), two of the region’s major hubs, grew by 21.4% and 18.2% respectively. Dubai (DXB), the world’s busiest international airport, grew by 8.2% in total passenger traffic year over year on the month.

Except for Africa, which experienced a drop of 1.5% in passenger traffic, all regions posted large gains in passenger traffic. Although major airports such as Johannesburg (JNB) and Cairo (CAI) experienced gains of 6.9% and 7.4% respectively, ongoing security concerns in Northern African states have left the region’s air transport demand in a weakened state. Tunisian airports such as Tunis (TUN) and other major Egyptian airports were in decline for the month of September.

Growth in airport passenger traffic in the Euro area and the United States has continued on an upward trajectory in tandem with the recovery in advanced economies. A substantive strengthening of domestic demand in both European and North American air travel markets has resulted in overall growth of 6.1% and 6.8% respectively for the month of September. Similarly, strong growth of 6.5% in passenger traffic was attained across airports in the Asia-Pacific region. Many airports in China and India continue to report significant gains in year-over-year passenger numbers. Shanghai (PVG) and New Delhi (DEL) grew by 15.8% and 12.8% respectively.

Air freight markets remain relatively weak as compared to passenger traffic. An emerging market slowdown led by China has resulted in more subdued growth in air freight volumes across the world’s markets. Global air freight volumes increased by 1.4% year over year for the month of September. On a year-to-date basis, volumes rose by 2.3% across the globe for the first three quarters of 2015. Hong Kong (HKG), the world’s major international freight hub, reported modest gains of 1.1% in September. The major Chinese hubs, Shanghai (PVG) and Beijing (PEK), were flat with respect to year-over-year changes in volumes. The Asia-Pacific region as a whole experienced a slight gain of 0.5% in air freight traffic in September.

On the other hand, in the midst of stronger economic fundamentals in advanced economies, North American air freight hubs achieved the greatest gains in volumes for the month of September. With growth of 4.4% in air freight volumes, much of the cargo increases in the region can be attributed to the boost in internal domestic demand. Whereas North America’s international freight inched up by only 0.9%, the region’s domestic air freight market grew by 6.9% year over year in September. Memphis (MEM), a major FedEx hub, and Louisville (SDF), the UPS hub, each experienced an increase of 5.7% and 6.6% respectively in terms of year-over-year growth in volumes. 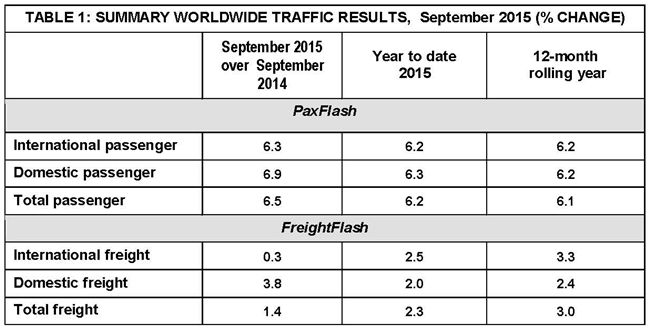 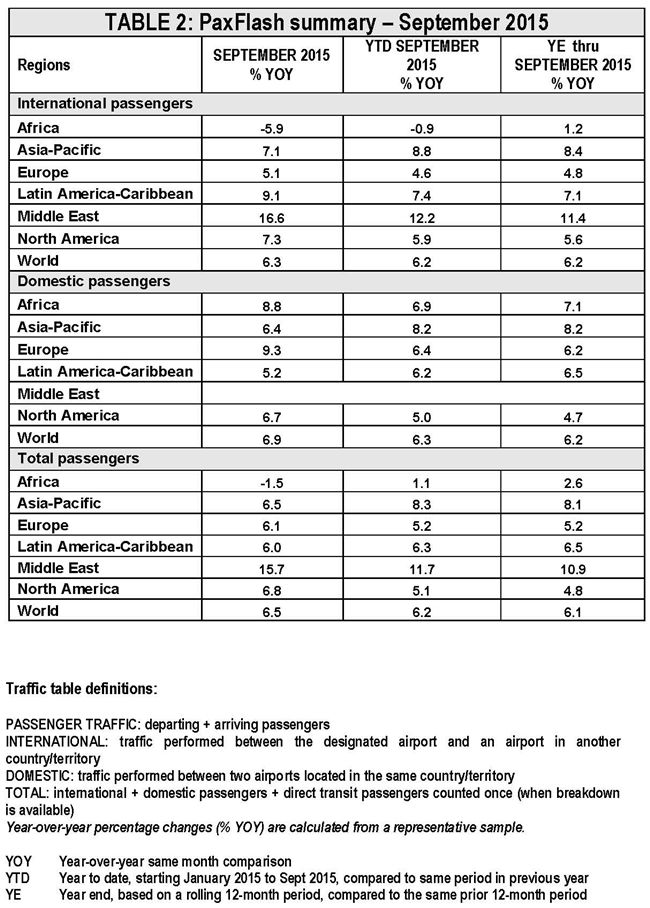 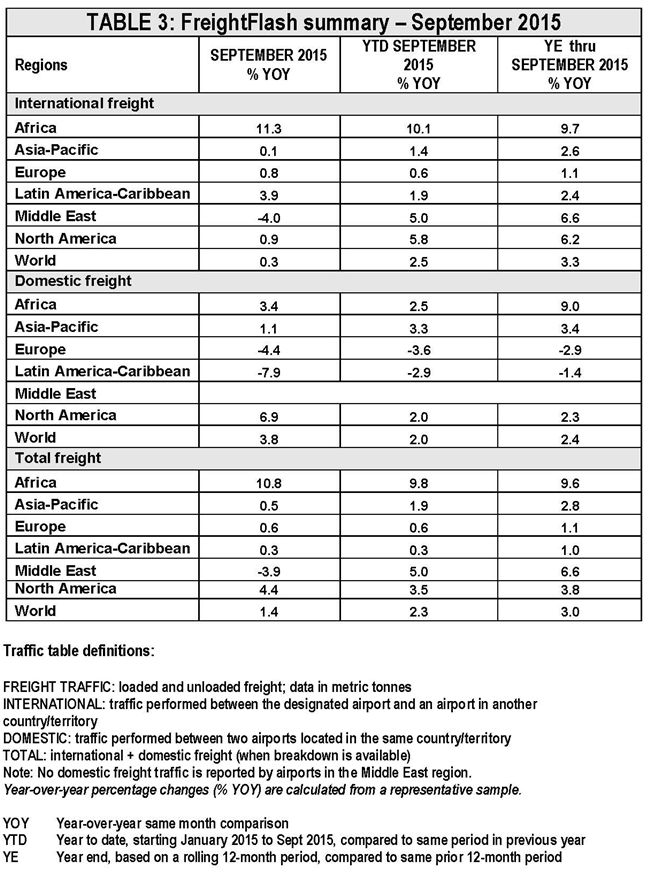 1. Airports Council International (ACI), the only worldwide association of airports, has 591 member airport authorities, which operate 1,850 airports in 173 countries. ACI’s mission is to promote professional excellence in airport management and operations, and this mandate is carried out through the organization’s multiple training opportunities, as well as the customer service benchmarking programme, a wide range of conferences, industry statistical products and best practice publications.