August passenger traffic jumps up by over 6%; air freight volumes remain in a slump

Montréal, 14 October 2015 – Global passenger traffic at the world’s major airports rose by 6.4% year over year for the month of August while international and domestic traffic posted growth rates of 6.4% and 6.5% respectively. Both July and August had strong increases in passenger numbers due to holiday travel and tourism activity. Growth continues to be above the twelve-month average trend.

While passenger traffic remained strong in in many parts of the Asia-Pacific region, global air freight markets were affected by slowing economic growth in China. With a high concentration of the world’s major air freight hubs located in the region, this has an impact on global growth in volumes, which has remained flat as compared to last year. Hong Kong (HKG), the region’s largest air freight hub, declined by 1.4% year-over-year. Despite the economic revival in advanced economies, air freight contracted by 1.7% in North America. Memphis (MEM), a major FedEx hub, and Louisville (SDF), the UPS hub, each experienced a decrease of 1.4% and 0.8% respectively in terms of year-over-year growth in volumes. 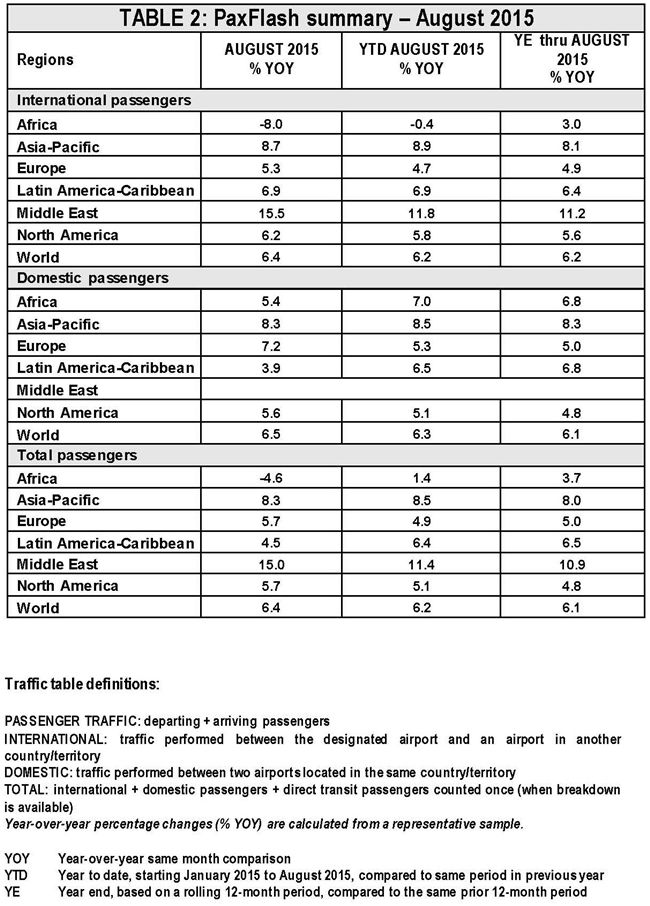 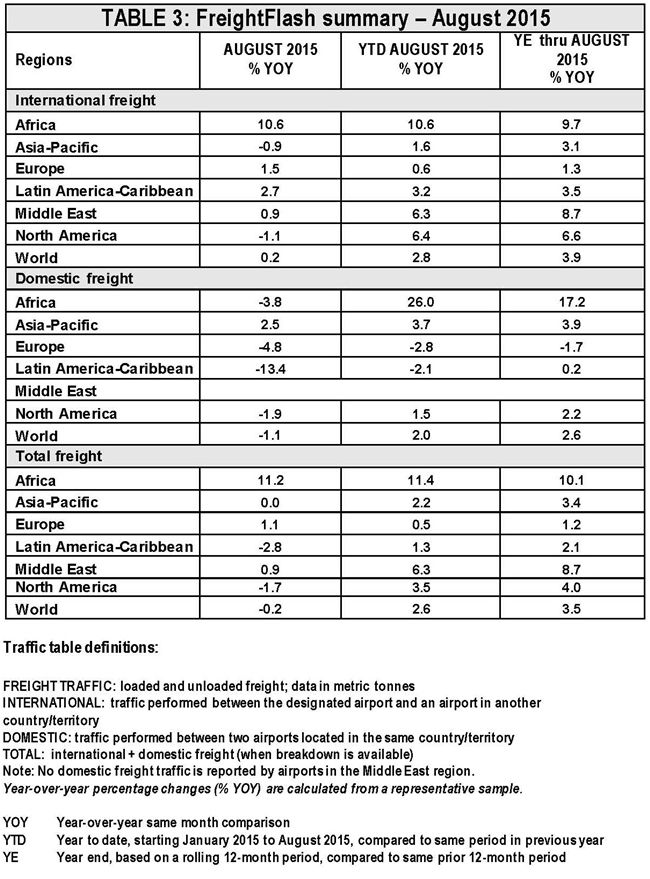 1.  Airports Council International (ACI), the only worldwide association of airports, has 591 member airport authorities, which operate 1,850 airports in 173 countries. ACI’s mission is to promote professional excellence in airport management and operations, and this mandate is carried out through the organization’s multiple training opportunities, as well as the customer service benchmarking programme, a wide range of conferences, industry statistical products and best practice publications.

2.  PaxFlash and FreightFlash statistics are based on a significant sample of airports that provide regular monthly reports to ACI. They represent approximately 60% of total passenger traffic and 70% of total freight traffic worldwide. Commentary, tables and charts are based on preliminary data submitted by participating airports and are therefore subject to change.