ACI Brings the Voice of the World’s Airports to ICAO

MONTRÉAL, QUÉBEC, CANADA, 22 March 2013 – ACI World Governing Board Vice President, Rick Piccolo, and other senior airport executives converged in Montreal from 18-22 March at the headquarters of the International Civil Aviation (ICAO) in Montréal for the once-a-decade Air Transport Conference.

The five-day Conference, which is only the sixth such event since ICAO was formed in 1944, sought to address and resolve economic policy issues in favour of a future that includes an economically viable and sustainable air transport sector.

Attended by over 1,000 delegates, from more than 200 States and international organisations, the Conference included the presentation of over 100 working papers, including seven from Airports Council International. The papers presented at the Conference sought the development of ICAO policy on aviation economics, liberalization, fair competition, taxation and charges, and consumer protection. 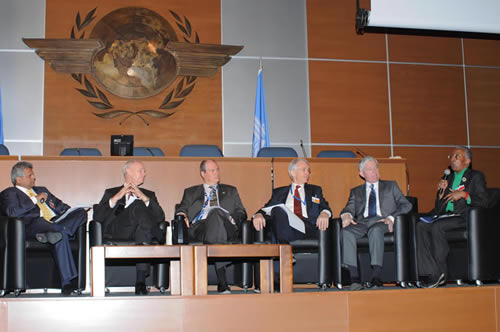 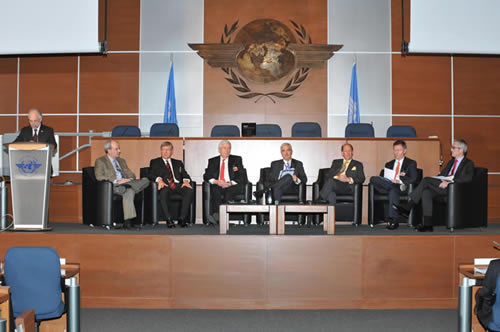 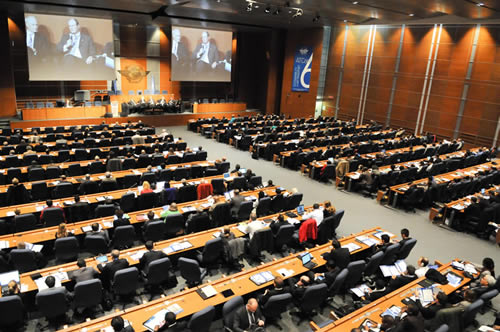 Speaking on the Freedom to do Business Panel at the pre-Conference Symposium on Sunday 17 March, Mr. Piccolo stated that the regulatory environment was very different at the time of the last Air Transport Conference in 2003. Today, regulators needed to allow market forces to work for airports in the same fashion that was made possible for airlines.  ACI supported the principles of effective market access, transparency, non-discrimination and fair competition. He said that the market could be harsh, and airports took risks investing in new infrastructure since there was no guarantee that airlines would utilize this infrastructure in the long term.

On the Symposium Panel discussing Consumer Protection, ACI World Governing Board Member, Tan Sri Bashir, Managing Director, Malaysia Airports Holding Berhad and Chair of ACI-Asia Pacific, observed that passengers’ expectations were increasingly demanding and that handling their many needs was challenging, but for the most part service provided to those passengers by airports and airlines was very high. Problems generally arose when things went wrong, and it was important for industry to work together to develop common procedures, and here ICAO could provide a suitable forum. He warned that if industry did not act there was a risk that government regulations would be introduced which could be out of step with industry’s’ capabilities.

Robert Deillon, CEO of Genève Aéroport and ACI Europe Board Member, spoke on the Symposium’s panel on Taxation of the need for light touch regulation as the increased competitiveness of airports meant that concepts such as “single till” were outdated, and that competition and contestability meant that detailed regulation could impede infrastructure development and improvements to customer service.

Speaking about the Conference, Angela Gittens, Director General of ACI, said that ACI was consolidating its international representation role as the voice of the world’s airports. The level of engagement that ACI was able to muster was testament to the increased stature and importance of airports in shaping the international aviation policy agenda. In addition to the speakers at the pre-Conference Symposium, airports were represented by the Chair of ACI-North America, David Edwards, Executive Director of Greenville-Spartanburg International Airport and its President, Greg Principato, and the Director of the Asia-Pacific Region, Patti Chau.

ACI is the only global trade representative of the world’s airports. Established in 1991, ACI represents airports’ interests with governments and international organizations, develops standards, policies and recommended practices for airports, and provides information and training opportunities to raise standards around the world.