The Awards Ceremony took place on the eve of ICAO’s Sixth Worldwide Air Transport Conference in Montreal and was well attended by leaders from all reaches of the air transport industry. The Awards celebrate the companies and key players that have made and continue to make outstanding contributions to the air transport industry and whose vision and determination have positively impacted not only industry, but the countless individuals and communities touched by the economic and social spinoffs of aviation.

Angela Gittens, Director General, ACI stated, “I am thrilled to receive this inaugural Woman of the Year award from Air Transport News. I share this award with all the other women in aviation who represent this dynamic industry and who work day in and day out to ensure its safety and sustainability. It is particularly gratifying to share the stage with my colleague Raymond Benjamin who has been named Leader of the Year and I assure you that ACI will continue to work alongside ICAO and our other aviation stakeholders to attain the benefits that commercial aviation brings to the world’s communities.”

Angela Gittens began her tenure as Director of Airports Council International (ACI World) in 2008. She was formerly CEO for two of the largest US airport systems, Miami and Atlanta, and deputy at another, San Francisco International Airport. In other previous roles, Gittens served as Vice-President, Airport Business Services for HNTB Corporation, where she led the firm’s practice in airport business and strategic planning. And as Vice President at TBI Airport Management, she oversaw the transition to private ownership of London Luton Airport and managed operations contracts at several airports in the US and Canada.

Gittens has served on numerous aviation industry boards and committees including FAA and NASA advisory committees, the Executive Committee of the National Academy of Science’s Transportation Research Board and the Board of Directors of JetBlue Airways. 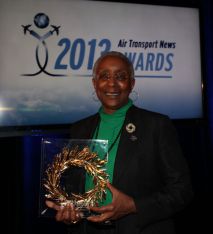 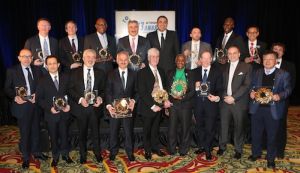 ATN Awards are the only international prizes that award all the main categories of the air transport industry. The award consists of a 24K gold-plated olive tree wreath inspired with the prize given to Olympic Games winners in Ancient Greece. http://www.atn.aero

ACI is the only global trade representative of the world’s airports. Established in 1991, ACI represents airports’ interests with governments and international organizations, develops standards, policies and recommended practices for airports, and provides information and training opportunities to raise standards around the world.