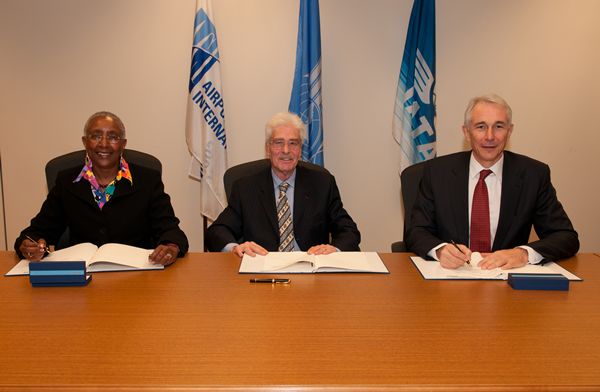 “ACI is proud to work alongside ICAO and IATA as we continue to develop professionalism in the industry,” said ACI World Director General Angela Gittens. “The global aviation business is becoming more complex and for the first time this will give the best and the brightest an opportunity to participate in its future development from three perspectives.”

Applications for the Young Professionals Programme will be accepted beginning early in 2013 and the selected candidates will work for four months each at ACI, IATA and ICAO. They will contribute to work programs relating to aviation safety, security and environment focusing on the inter-relationships between regulatory activities and the airport and airline industries.

The programme pairs well with the successful Airport Management Professional Accreditation Programme (AMPAP) which is a strategic initiative of ICAO and ACI launched in 2007. AMPAP is available to airport executives around the globe and graduates earn the prestigious designation of International Airport Professional (IAP). Over the last 5 years, there have been 1441 participants in the programme from 86 countries. The IAP designation has quickly become the hallmark of excellence among the global airport community and 641 airport executives have earned their IAP designation.